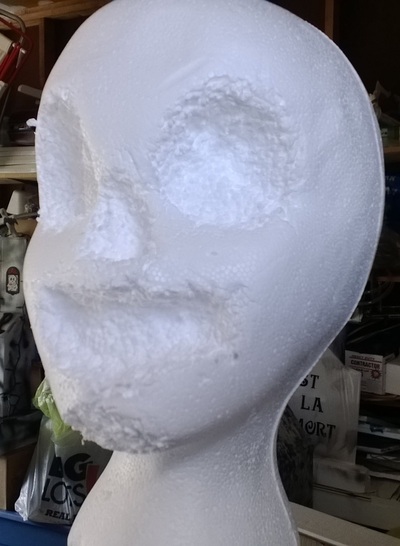 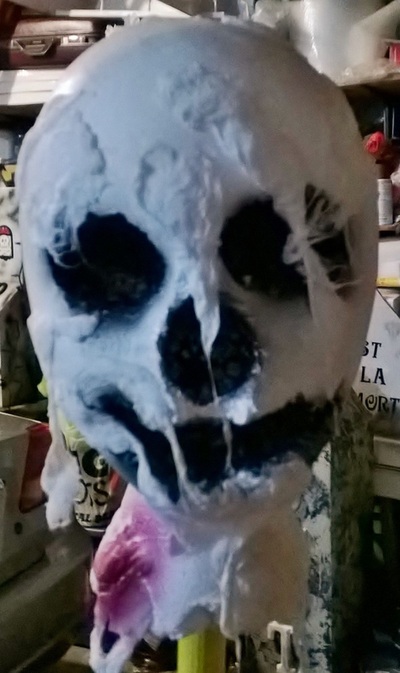 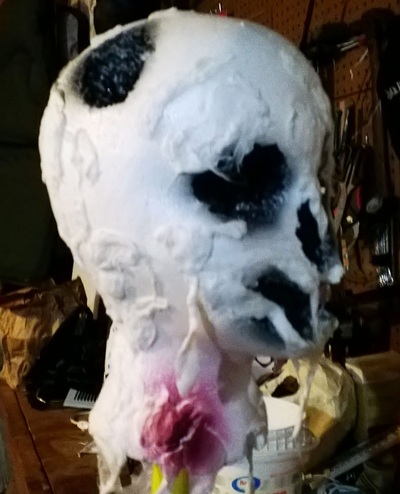 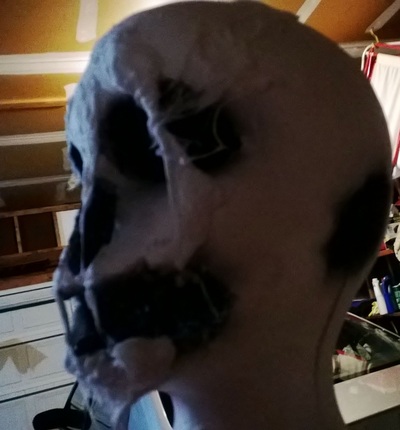 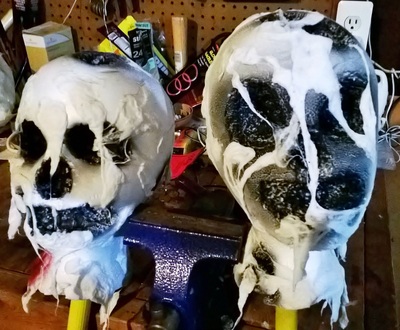 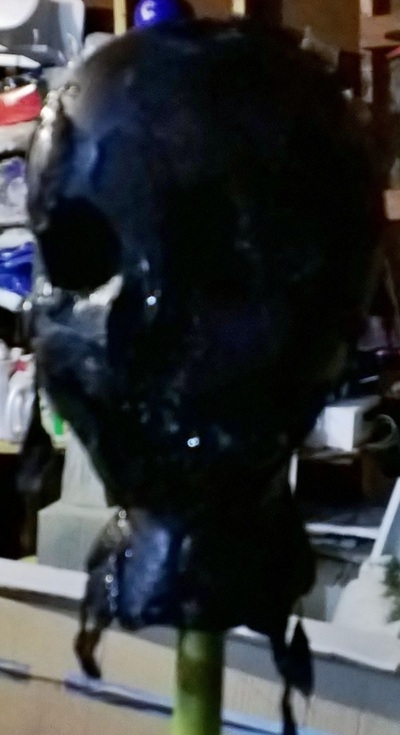 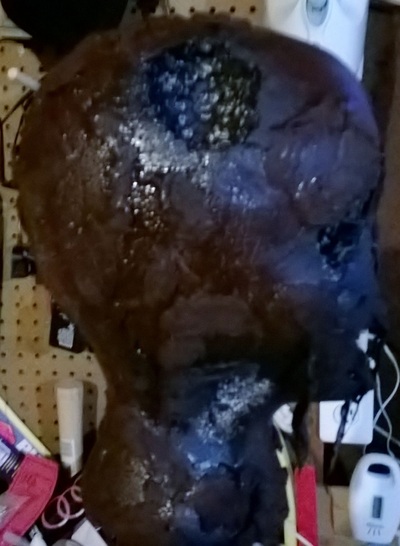 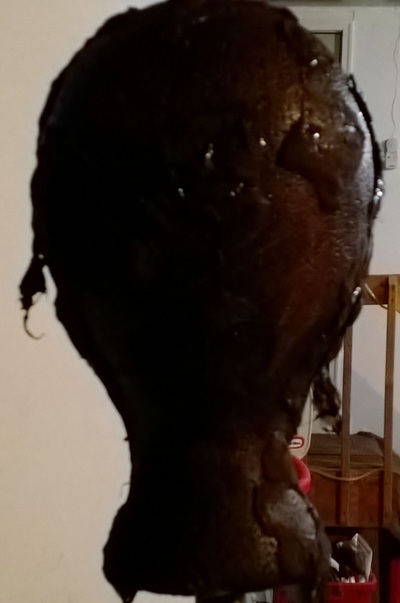 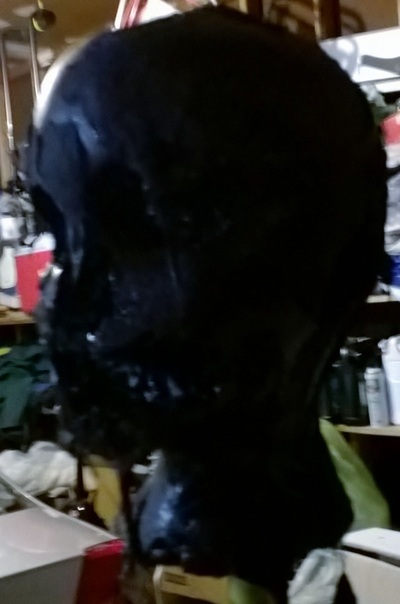 Sal was created using a $3 skull I bought, cheesecloth, wire coat hanger, and led candles with the fake wicks removed.  I cut out the eyes, hot glued the skull to the stretched out hanger.  Then I used the cheesecloth for the hoodie, and cut holes out placing it around the skull tapering it over the hanger.  I then just stuck the led candles into the eye sockets to give the glowing eye effect.  Also I poked a hole at the top of its head and ran a wire through it so it can hang.

Sam was created using a very old skull my Dad used 15 years ago with his yard haunt.  It used to light up but I decided to just use it for a Skully.  Same concept, cheesecloth, and white plastic coat hanger.  Then I used white smale trash bag for the hoodie, then draped cheesecloth down from the skull.  I placed the coat hanger top in a hole that was in the back of the skull, duck taped it.  Also I poked a hole at the top of its head and ran a wire through it so it can
hang.  The image to the right is the final Sam, I touched up his face with some black marker.

Once again, I bought this skeleton head cheap for $4.  I then added some graphics to it via a black marker then i cut a small hole in the base of the skiull to fit a light.  I then placed a switch light into the base and then there u have the final product.  The left shot is without the light, the right in the dark with it all lit up.